The Buena Vista Social Club was a members club in Havana, Cuba that held dances and musical activities, becoming a popular location for musicians to meet and play during the 1940s. In the 1990s, nearly 50 years after the club was closed, it inspired a recording made by Cuban musician Juan de Marcos González and American guitarist Ry Cooder with traditional Cuban musicians, some of whom were veterans who had performed at the club during the height of its popularity.

Go to the concert of the famous group in Havana! 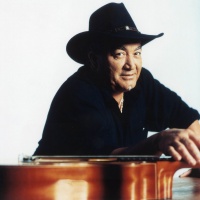